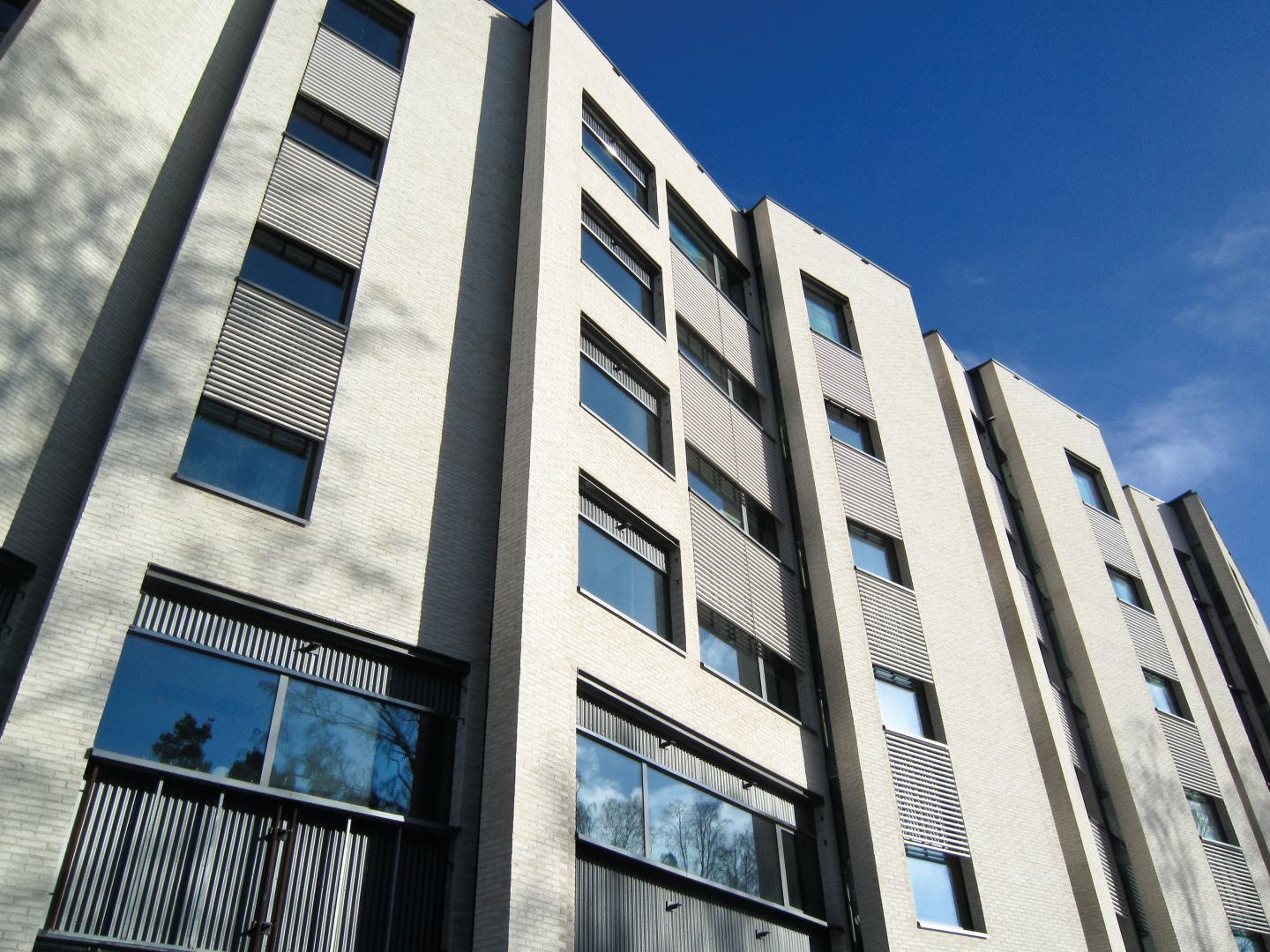 The Metsätapiola office building stands out from much of today’s mainstream architecture. The dynamism of the building’s complex geometry and unconventional architectural and technical features is based on a mix of innovative design, construction, and materials. It fits well in Tapiola, the “garden city” area in Espoo neighbouring Finland’s capital Helsinki. Building was completed in summer 2012. Peikko provided unique DELTABEAM® solution for this building with unconventional architecture.

Metsätapiola’s original office building in the “garden city” of Tapiola in Espoo was designed by the architect Erkki Virkkunen in 1973 and served its occupants well for decades. Space issues and out-dated technology have increasingly become problems in recent years, however, and plans were launched soon after the millennium for a new building, primarily for the company’s own staff. Architect Pekka Helin, well-known for numerous major office buildings across Greater Helsinki, was selected as the architect early on.

“From the very start, we wanted to respect the original ‘close to nature’ idea underlying Tapiola,” explains Helin. “That’s why, for example, we gave the building’s façade along the area’s major local thoroughfare, Länsiväylä, strong verticals and varied detailing to act as a visual metaphor for a forest of tress. The exterior is particularly important with this building, as it will act as one of the signature landscapes for the entire area.”

The building’s basic structural design emerged early on, and made it clear that collaboration between the architects and the structural engineers would have to be much closer than normal to ensure its success.

“We initially produced three alternative designs for the façade, changing the direction of the structure’s hollow-core slabs,” says Antti Laiho of Helin & Co. Architects. “The pleated or folded nature of the exterior surface meant that the floors in all three designs were cantilevered out from the structure, and resulted in the choice of DELTABEAM®s as an integral part of the building’s load-bearing frame.”

Laiho says Helin & Co. has had positive experiences with using DELTABEAM® Composite Beams in a number of other recent projects, including the recently opened Helsinki Music Centre. The Vahanen Group was responsible for the structural engineering of the latter, as it has been for the Metsätapiola building.

“DELTABEAM® Composite Beams offer an indisputable package of benefits when you want low, load-bearing structures and frames with continuous beams and single-storey columns,” says Project Manager Matti Kannisto, who was responsible for the Metsätapiola project at Vahanen. “We were able to leverage these benefits even more because of the way the Peikko Group operates, which enabled us, as the lead structural engineer, to get all the design documentation for the DELTABEAM®s and final dimensions in good time.”

The type of contract to be used on the Metsätapiola project was also decided at an early stage, along with the basic architectural and structural aspects of the building. Under the project management contract model, the lead contractor is responsible for putting out to tender, commissioning, and supervising all the construction-related aspects of a project on behalf of the developer. The model is not based on traditional sub-contracts, but rather ‘system contracts’, which enables designs to be fine-tuned during the construction phase and also makes it easier to keep costs in check.

“As the developer, we wanted to have the opportunity to have our say in things such as the space intended for our own staff,” explains Tauno Nokelainen, Metsätapiola’s Managing Director. “Around 85% of the entire one and half hectares of space in the building will be used by us, after all. We also wanted to ensure that the space was designed with flexible use in mind, as the building is intended to have a long life and needs will probably change over the structure’s lifetime.”

The fact that around 13,500 square metres of the building’s space is intended for the developer’s own use put particular emphasis on the need for a high standard of interior design, which was the responsibility of Helin & Co.

“The office space of the new Metsätapiola building has been designed to be both modern and adaptable to different types of use,” says Mariitta Helineva of Helin & Co. “We’ve also given a lot of detailed attention to the materials used. It’s particularly important to plan where the DELTABEAM®s end well, as this can free up a lot of interior height. DELTABEAM® Composite Beams are also easy to work with as an interior feature, as they can be left visible at ceiling level.”

Plenty of height in the building’s internal spaces is essential because of the advanced building technology systems specified for the structure. These include ceiling units that provide both heating and cooling, supplied and installed by Are Oy. Technology like this will help ensure a good working environment for staff and help the developer achieve his target of securing a LEED Gold environmental certificate for the building.

Site pleased with the DELTABEAM®

The positive previous experience that both the architects and the structural engineers had had with DELTABEAM® Composite Beams meant that the Peikko Finland was able to come on board at an early stage in the project. This was important, as it enabled the optimal dimensions for key parts of the structure to be agreed in line with the project’s overall budget early on.

“We decided to use DELTABEAM® Composite Beams throughout the building, not just for the complex façade, giving us cleaner lines and overall design continuity,” says Antti Laiho.

The benefits of using DELTABEAM® Composite Beams also proved useful in solving the challenges associated with differences in slab height.

“These are easier to deal with when you’re using DELTABEAM® Composite Beams, as the beams also act as forms for concrete work,” says Site Foreman Jari Salonen, from the constructor Haahtela-rakennuttaminen Oy.

“They handled their responsibilities well. The DELTABEAM® Composite Beams arrived on site when they were supposed to and in the agreed volumes, typically one or two truckloads every two weeks.

“You know things are going well when the supplier sticks to the agreed delivery times and everything fits just as it should do, in other words all the dimensions are just right. If I remember right, Peikko had just one manufacturing fault in its total delivery of 428 beams, which is a very low figure. And that one fault was corrected very quickly as well.”

“Peikko did a good job, in fact the whole project went well. It was very positive that we all had enough time to do our job well, as the developer had completed all the preparations for the project in good time. That’s certainly not always the case in construction today,” he says.

Peikko’s Project Engineer Jarno Backman who was responsible for the project at Peikko, also has only good things to say about the project.

“This was a particularly demanding job for us, both in terms of the size of the contract and the design challenges of the structure. It’s been one of our largest to date in Finland.”

Peikko did a good job, in fact the whole project went well. It was very positive that we all had enough time to do our job well, as the developer had completed all the preparations for the project in good time. That’s certainly not always the case in construction today. 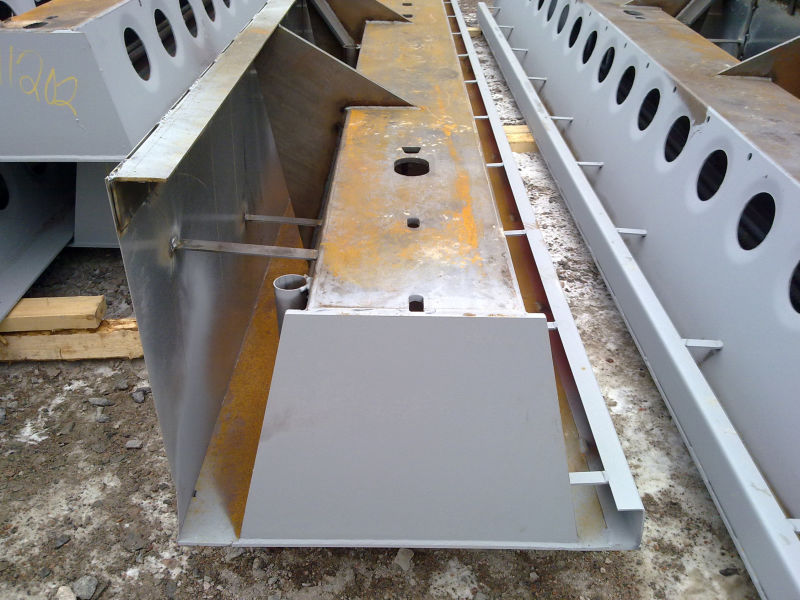 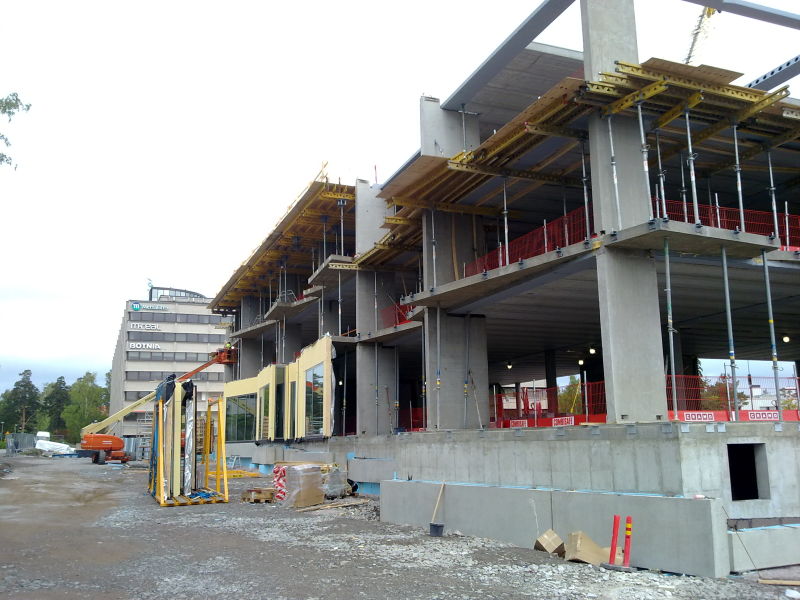 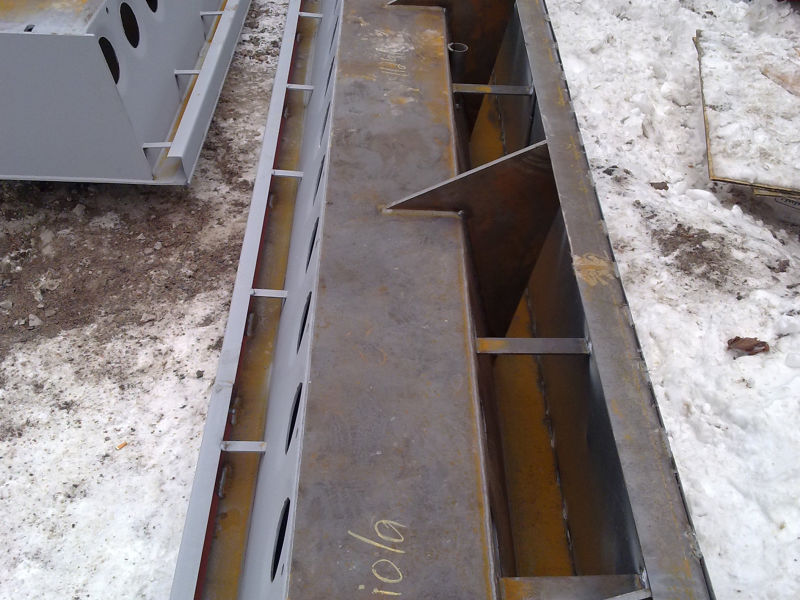 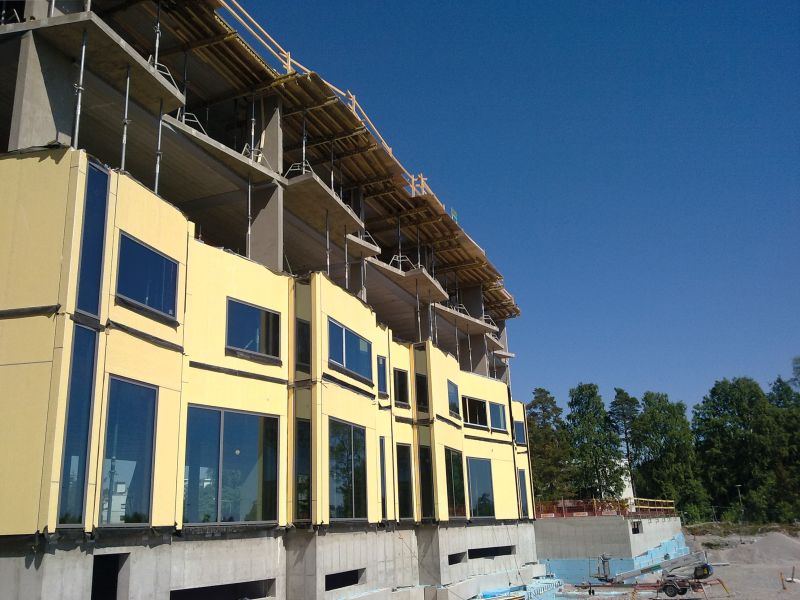 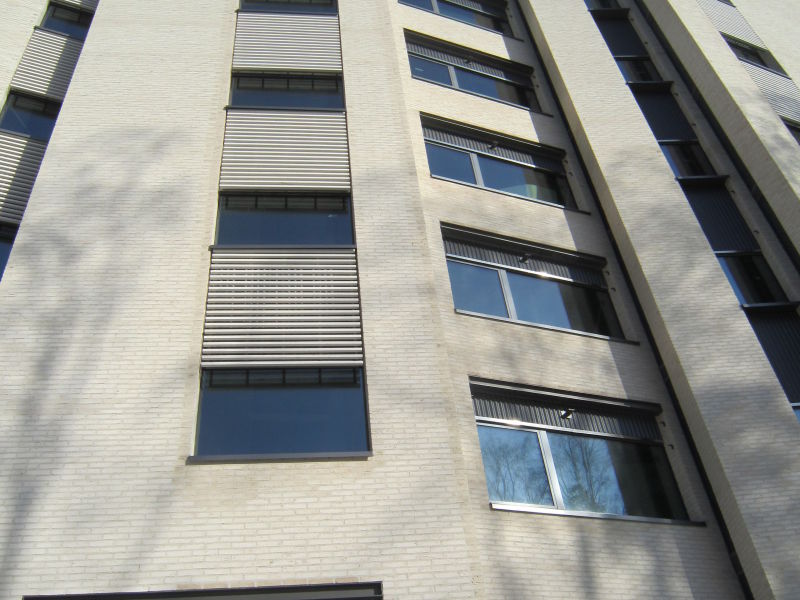 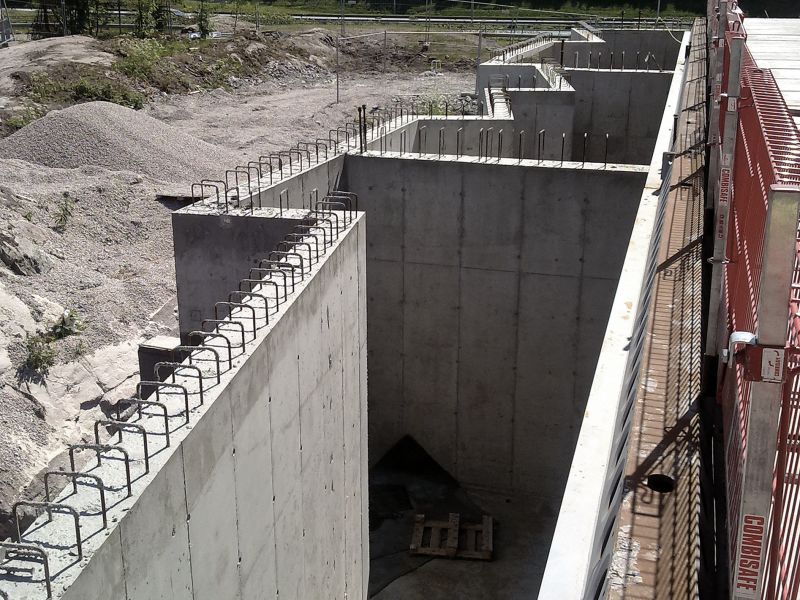 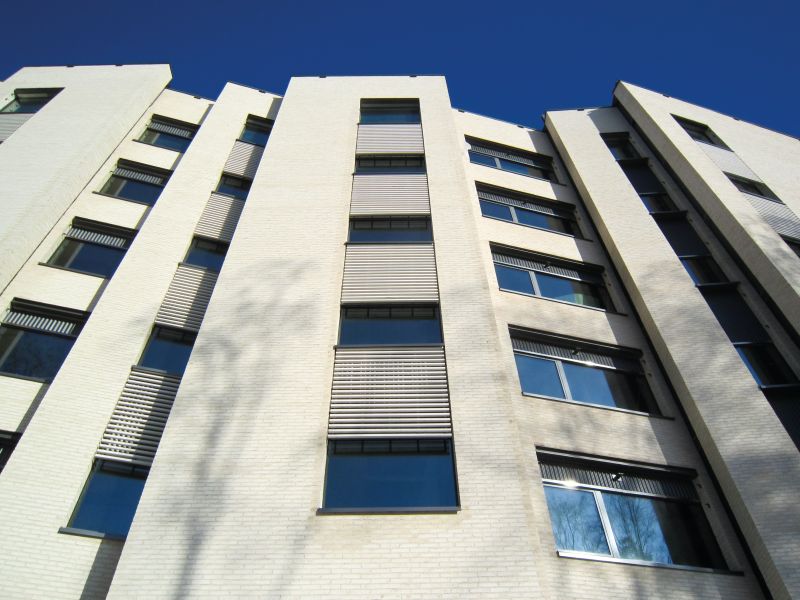 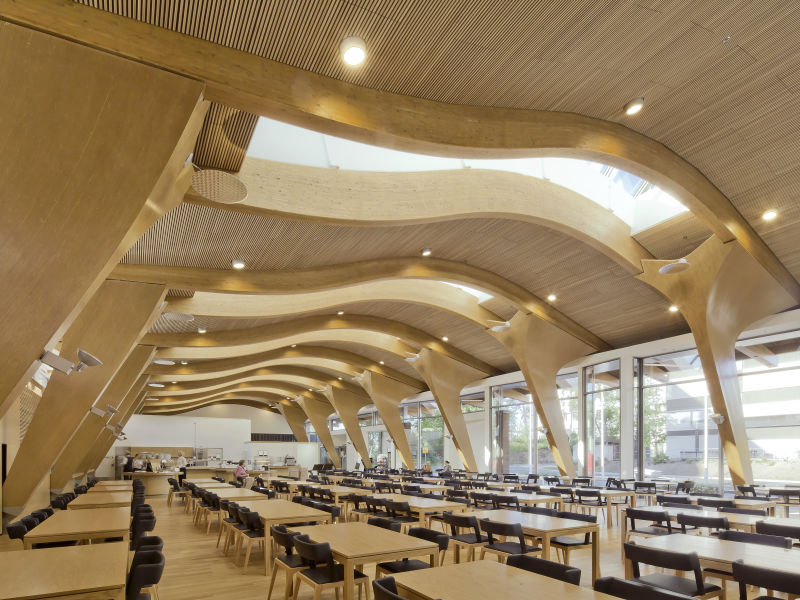 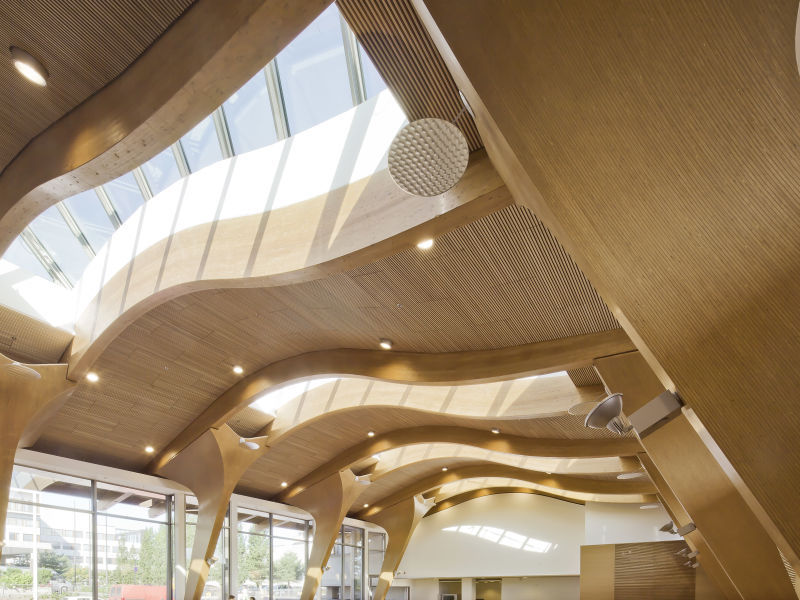 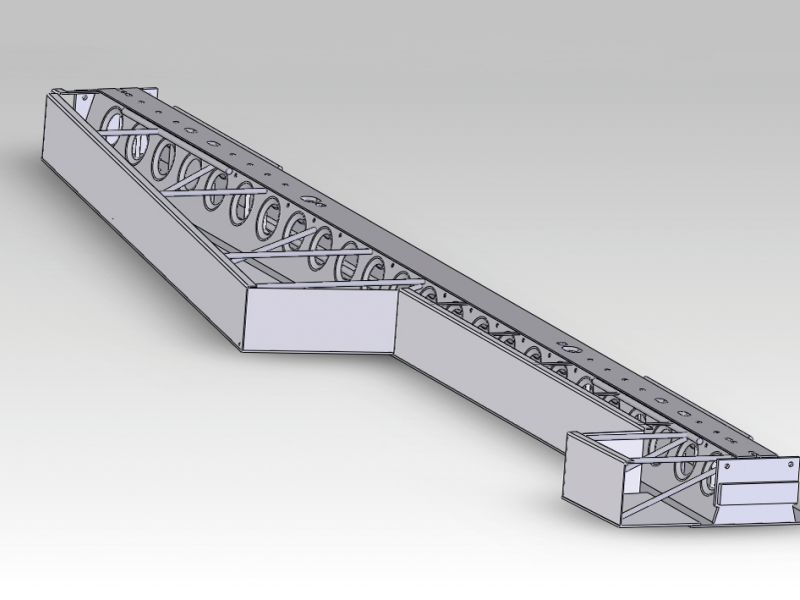 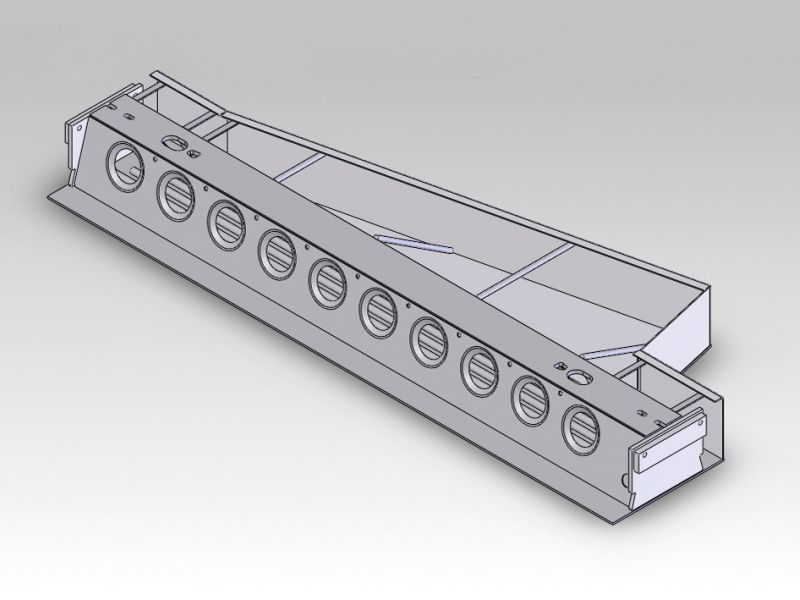